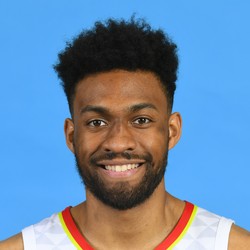 Jabari Parker will be re-evaluated in two weeks after he underwent a non-surgical procedure on his right shoulder on Tuesday. Parker has been struggling with the shoulder injury since at least the middle of November.

With Jabari Parker missing extended time, De'andre Hunter and Vince Carter might see increased minutes. John Collins could also be leaned on in a heavier role to try and make up Parker's production. In 32 games with the Hawks this year, Parker has averaged 15 points and six rebounds.