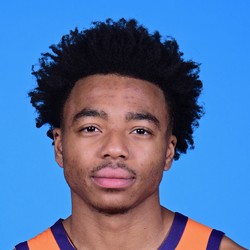 The 19-year-old rookie from Brewster Academy took the court in back-to-back games for the first time this season, and he's barely been involved for the Suns in his first NBA campaign. He's spent the majority of the year with the Northern Arizona Suns and will likely continue to do so for the remainder of the year.