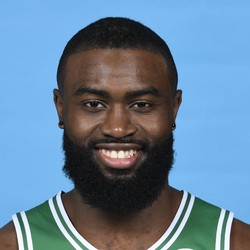 Jaylen Brown (hamstring) ruled for out for Tuesday

The Boston Celtics on Twitter have listed Jaylen Brown as out for Tuesday’s match-up with the Pacers due to a strained right hamstring.

Brown injured his hamstring in the final minutes of last Tuesday’s game with the Nets. He’s an important piece of the Celtics offense as he’s been averaging 20.4 points and 6.4 rebounds for the season. Monitor his status to see if Brown has a chance to return for the Celtics match-up with the Bucks on Thursday.