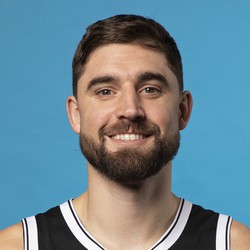 Joe Harris (ankle) is fully recovered from his severely sprained right ankle he sustained in March.

“I was going to be out a month if the season resumed,” said Harris. He also mentioned that his ankle is fully healed. Harris is allowed to use the NBA training facilities as long as he follows their guidelines. “Everything is shutdown. I just do the rehab, and I do it with one trainer, and it’s just the two of us in the entire facility, so it’s a little strange, because when you go in there, it’s usually hustling and bustling, with a lot of going on and good energy, and now there’s just two of you there,” Harris added. He is averaging 13.9 points, 4.3 rebounds, 2.1 assists and 2.4 triples across 63 games this season. The 28-year-old guard should be all systems go once (if) the NBA season resumes.