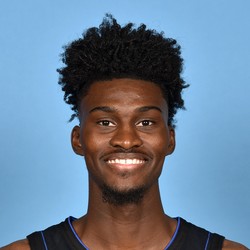 Jonathan Isaac will not play again this season

Magic team president Jeff Weltman confirmed last week during an interview with Scott Anez of ESPN 580 Orlando that Jonathan Isaac (knee) will remain sidelined for the rest of the season.

The Magic are going to be cautious with Isaac and are shutting him down and do not want to rush him back to action. Fantasy owners in redraft leagues that have had him stashed can move on.