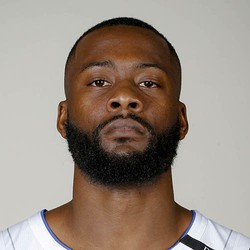 Jonathon Simmons had six points, three rebounds, and four assists in the 114-108 win over the Magic on Tuesday. In 27 minutes off the bench, Simmons shot 3-of-7 from the field while adding a steal.

Simmons has played sparingly since joining the Sixers. In eight games, he is averaging just over 15 minutes per game while putting up 4.4 points, 1.6 rebounds, and 1.9 assists. He will only gain fantasy appeal if Jimmy Butler misses any time.