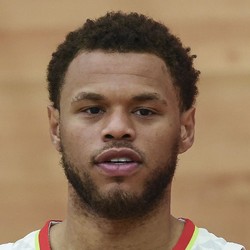 The terms of the deal have yet to be disclosed but Anderson will replace Wilson Chandler as a bench contributor for the Nets when the season resumes next month. Anderson appeared in only three games for the Nets this season, notching an average of 5.7 minutes per game. Given the recent surge of NBA players contracting COVID-19, there’s a chance Anderson can see a boost in minutes should any of his teammates contract the virus this season. At 6’6”, Anderson primarily plays small forward but can guard multiple positions if needed. He should not be counted on in DFS unless there’s an injury or illness to Joe Harris, Timothe Luwawu-Cabarrot, Rodions Kurucs, or Taurean Prince.