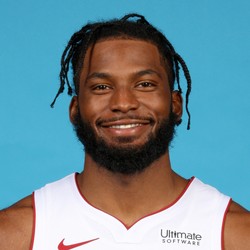 Justise Winslow (back soreness) is nearing return to the Grizzlies

Tim MacMahon on Twitter is reporting that Justise Winslow has been assigned to the Memphis Hustle to compete the final stages of his rehabilitation for his back soreness. Winslow is to participate in practice and immediately be recalled to the Grizzlies.

Winslow was traded to the Grizzlies as part of the Andre Iguodala trade earlier this season with the Heat. For now Winslow could be placed on the watch list or if you have an extra Injured List spot available you can stash him there to see how he will be integrated into the line-up.