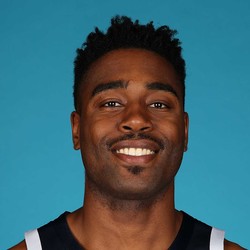 Kelan Martin played one minute better in win against the Bulls

Martin saw an increase in his playing time to nine minutes, a whole minute more than his playing time in the Pelican’s game, and he played better. Although the improvement was minimal, Martin put up his best line since February’s matchup against the Heat. Martin has shown throughout the season that he is capable of more when provided the opportunity, but for some reason, we have seen his minutes cut-down to a season-low average of 9.7 per game in March. Now, this may be due to the return of Jake Layman, but that doesn’t justify the drastic shift, especially when the rookie is outperforming the veteran with less playing time. Don’t get me wrong Martin at this time isn’t fantasy material, however, if things continue to go down-hill with Layman, he could see an increased role which would completely change his fantasy potential. Until that time, however, keep him sideline but still on your radar specifically for deep league play.