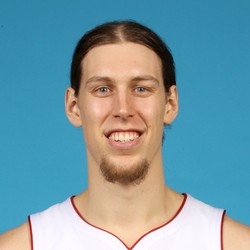 Kelly Olynyk managed two points (1-2 FG, 0-1 3PT) three rebounds, one assist and one turnover across nine minutes in Sunday's 100-89 win over the Wizards.

After scoring double figures in his first games in March, Olynyk has managed just two total points in his last two contests. He is averaging 7.3 points, 3.0 rebounds, 2.0 assists and 1.5 triples during the month. Olynyk can be held onto in deep-league formats, but he doesn't produce enough to be considered in standard leagues. The Heat's next scheduled game is Wednesday, home against the Hornets.