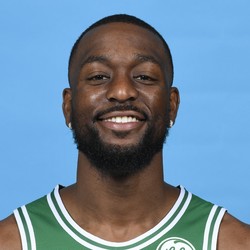 According to Celtics beat writer Jay King, Kemba Walker said “his knee flared up on him earlier this season because of all of the basketball he has played in his life.”

Going into the 2019-2020 season, Walker had an ‘intense summer with Team USA,‘ which quickly transitioned to training camp, followed by the start of the 2019-2020 season. With such a tight window between basketball activities, Walker was not able to get the necessary rest and treatment for the soreness and swelling of his left knee. Walker’s missed 14 games for the Celtics this year but the four-time All-Star has been one of the most durable point-guards for fantasy owners over the past four seasons - missing only six games over that span. Walker’s been afforded two and half months to rest his bothersome knee and is primed to return to the #3 seeded Celtics once the NBA season resumes. Walker averaged a season-low 14.8 points per game in March, but on the season, he’s averaging a stellar 21.2 points, 4.9 assists, 4.1 rebounds, 3.3 three’s, 0.9 steals, and 0.5 blocks in 31.8 minutes per game.