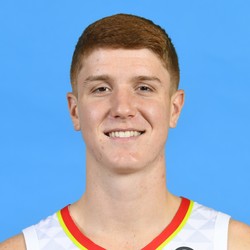 Kevin Huerter encouraged to be more aggressive on offense

In an article written by Sarah K. Spencer, Hawks head coach Lloyd Pierce praised Huerter's skillset and stated, "When you have that kind of player, that kind of shooter, that capability, you always want to increase the number of attempts that he gets.”

The second-year guard out of Maryland is having an injury marred, but successful season putting up 12.2 points, 4.1 rebounds, and 3.8 assists in 56 games. He shot shot 41% from the field and 38% from three, so Pierce's endorsement will bode well for his fantasy outlook going forward.