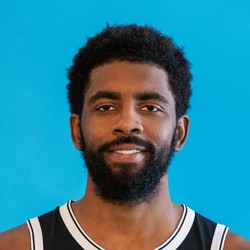 Kyrie Irving (shoulder) underwent arthroscopic surgery, out for the year

Tim Bontemps on Twitter is reporting that the Brooklyn Nets have announced that Kyrie Irving has undergone arthroscopic surgery on his right shoulder and will be out for the rest of the season.

Irving hurt his right shoulder in early November and came back in January only to aggravate the same injury. He tried to play through it but Irving and the Nets decided to shut him down for the year. The Nets will be in full force next year as not only will Irving return, they’ll also get a healthy Kevin Durant. The dynamic duo will be unleashed on the rest of the NBA.