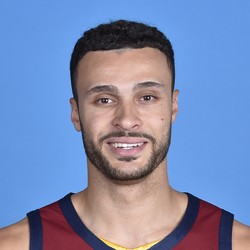 Nance Jr. has been coming off the bench for Cleveland, but has quietly been having a nice stretch of games. In his last five, he's averaging 15.6 points, 7.8 boards, 4.4 assists, and two steals in a whopping 37 minutes per game. Cleveland only played eight guys tonight, and that included Andre Drummond and Kevin Love, who are bound to get a couple rest games here and there down the stretch. If for some reason Nance Jr. is still on your league's waiver-wire, he needs to be picked up immediately. He's going to have solid production across the board for the remainder of the season.