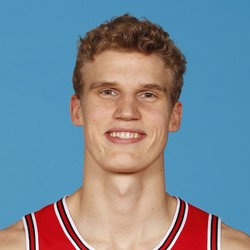 Markkanen has been less-than-good since his return from a hip injury. After a 15-game absence, the young power forward has now played in four straight contests and is averaging 11.8 points, 3.8 rebounds, 1.0 assists, 0.8 steals, and 0.3 blocks over 24.1 minutes. He isn't fully up to his normal minute share quite yet, but he isn't showing the same spark or potential that he did in his first two seasons. If you've been holding Markkanen since draft day and throughout his injury, there's no reason to drop him now. While he was touted as primed for a breakout year before the season started by a lot of experts, he has failed to live up to that ticket and has been largely a disappointment this year.