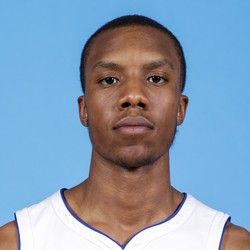 King has now appeared in four straight contests for Detroit after spending nearly all of the season with the Grand Rapids Drive. The rookie from Oregon has seen limited run with the Pistons in his inaugural campaign, and he doesn't belong on redraft rosters at this point.