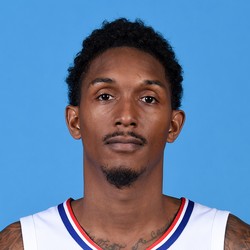 Lou Williams wants to retire with the Clippers

In an interview with ESPN and Ros Gold-Onwude, Lou Williams stated, "This is it...listen, all teams out there, I'm not playing for anybody else after this... That's my leverage. I identify with this group of guys, I identify with this organization. I don't see me finding that somewhere else."

Williams discussed a myriad of topics but one of the major takeaways from his interview is his intent to end his career with the Clippers. The NBA's all-time leader in points of the bench remains in the conversation for sixth man of the year with averages of 18.7 points, 5.7 assists, and 3.1 rebounds across 29.3 minutes per game this season. If the NBA returns, Lou Will still deserves to be rostered in 10-12 team formats despite the recent acquisition of Reggie Jackson.