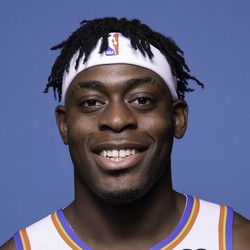 The Oklahoma City Thunder have signed SG Luguentz Dort to a multi-year contract.

Dort signed a two-way contract with the Thunder last July and went on to play 29 games for them during the 2019-20 season. The 21-year old Arizona State product started in 21 of those games, leading Oklahoma City to a whopping 16-5 record when Dort was in the starting lineup. He is a tenacious defender and is willing to do whatever it takes to win a ball game. He’ll be a key piece to the Thunder’s game plan moving forward when the NBA restarts in late July in Orlando. Oklahoma City currently sits in the fifth-seed in the Western Conference standings.