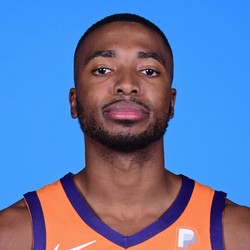 Mikal Bridges has quiet night in loss to Blazers

Mikal Bridges scored eight points (4-6 FG, 0-1 3Pt) along with five rebounds, three assists, one steal, and one block over a team-high 43 minutes as the Suns fell to the Blazers 121-105 on Tuesday.

Tonight's performance snapped a six game double-digit scoring streak for the power forward. He's not gonna score many points with only six field goal attempts but it was just an off night for the Suns who fell apart in the fourth quarter. The Suns have some time off before taking on the Mavericks on Saturday.