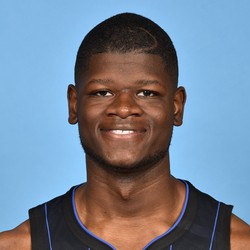 Mohamed Bamba scored five points on 2-for-4 shooting with seven rebounds, two assists, two steals and a three-pointer over 13 minutes as the Magic defeated the Grizzlies on Tuesday night.

Bamba continues to struggle to see playing time as he is used mostly to back up center Nikola Vucevic. Over the last 10 game the second year big man is averaging 5.9 points, 5.0 rebounds and 1.3 blocks over 12.2 minutes. Bamba is only worth owning in deeper fantasy leagues.