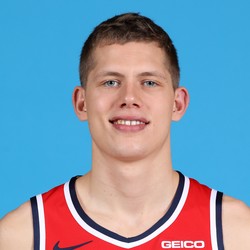 Wagner crossed the 20 minute threshold for the first time since February 24th, but wasn't able to do much more than usual, taking just four field goal attempts and grabbing just three rebounds. Wagner isn't worth fantasy consideration right now, but his situation is worth monitoring as the Wizards should be motivated to give Wagner a chance as the season winds down.