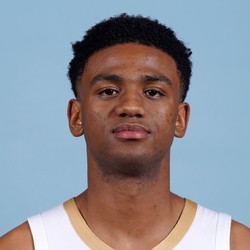 Pelicans G Nickeil Alexander-Walker appeared on the New Orleans Pelicans Podcast with Daniel Sallerson and revealed that his hard cast has been removed.

Alexander-Walker is recovering from a hairline fracture in his right wrist that he suffered in early March. Fortunately for Alexander-Walker, his wrist healed properly while in a hard cast for five weeks, avoiding the need for surgery. The rookie from Virginia Tech appeared in 41 games this season, averaging 5.1 points, 2.0 rebounds, and 1.8 assists in 12.2 minutes per game. A return to the Pelicans lineup is a real possibilbilty should the NBA resume play this season.