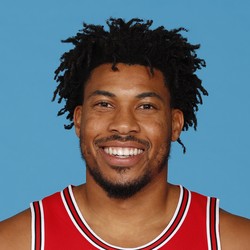 Otto Porter Jr. was seen rebounding for players without a walking boot but still hasn't been cleared to practice.

At this point, you shouldn't be rostering Porter Jr. any longer. What at first appeared to be a pretty mild injury sustained on November 6th seems to now be pretty serious. His two week timetable came and went months ago. His next target for a return was the All-Star break but with that less than a month away and Porter still not cleared to practice, don't be surprised if his return gets pushed back yet again.