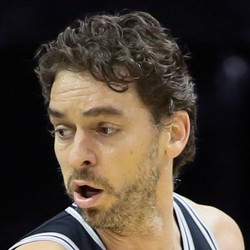 Pau Gasol has been waived by the Trail Blazers, Adrian Wojnarowski reports.

Gasol — who hasn’t taken the court in 2019-20 due to a foot injury — appeared in just 30 games for the Spurs and Bucks a season ago. The Blazers are reportedly looking to move him into a coaching position, and it’s highly likely his career as a player is a wrap. The Spanish-born forward earned six All-Star selections, four All-NBA selections, and won two NBA titles over 18 years in the Association.