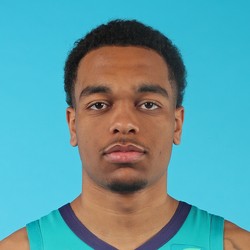 PJ Washington does his part in win against the Heat

It may not have been as efficient of a night for Washington, but he was able to do his part and contribute an impactful line in the Hornets’ comeback victory against the Heat. He was able to score 17 points and stuff every category of the stat-sheet. Washington has picked up his scoring this month, averaging 15.3 points a game, and has also maintained a healthy mark of five rebounds per game. Washington is playing all the minutes he can handle and is being aggressive on the offensive side of the ball. He is a must-start in all formats at this time.