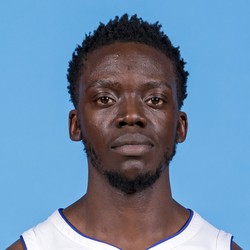 This was Jackson's highest point total since being acquired by the Clippers during the All-Star break. He was highly efficient in this one, per usual, but continues to be a better option in real life as opposed to fantasy. It would take a few injures for Jackson to play big minutes.