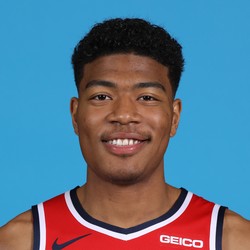 With Hachimura's services not being needed to defeat the Knicks, the rookie got a well deserved breather after playing at least 25 minutes in each of his first five games following a lengthy absence due to a groin injury. Hachimura will get a chance to rest up even more thanks to the All-Star break before trying to attack the remainder of the season healthy.