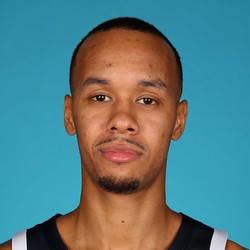 That’s consecutive games that Napier has gone over 20 points and six assists in over 38 minutes. As long as Ish Smith (hamstring) remains out, Napier will continue to play heavy minutes as the only true point guard on a team that likes to play at a fast pace. He’s an easy waiver-wire target in all leagues right now.