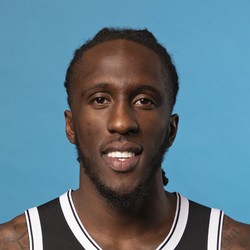 Taurean Prince scored just 2 points on 1-8 from the field (0-5 3PT), with four rebounds, and three turnovers across 18 minutes in Tuesday night’s 129-120 overtime win against the Boston Celtics.

Prince hasn’t shot the ball well all year, averaging just 38.7 percent from the field. Tonight was one of those off-nights for Prince where he couldn’t get anything to fall. Hopefully Prince can get back on track tomorrow night against Memphis. He’s only rosterable in 12+ team leagues as he’s really only good for threes, if you can stomach the poor FG %, and maybe a few rebounds.