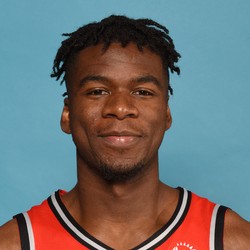 Davis made the most of his minutes on Wednesday though he only saw 17 of them. The undrafted rookie has been very productive when he has gotten his chance to play but with Toronto's key players returning to the lineup he won't see enough consistent minutes to be anything more than a deep league streaming option for now.