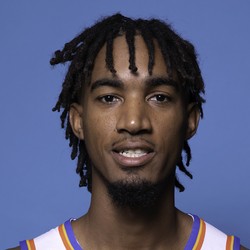 Terrance Ferguson didn’t attempt a shot and grabbed one rebound across 11 minutes in the Thunder’s 109-103 win over the Cavs on Wednesday.

Ferguson returned from an eight-game injury layoff with very little fanfare, as he failed to make any significant contributions in the box score for fantasy owners. Ferguson's 3-and-D play is a valuable skill set for the Thunder in real life, but it hasn't translated to fantasy relevancy yet. Ferguson belongs on the waiver wire, even in deeper leagues.