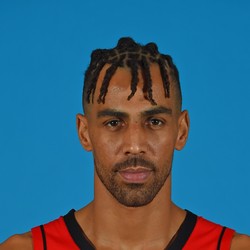 Adrian Wojnarowski has reported that Houston Rockets forward Thabo Sefolosha has decided to sit out the Orlando restart.

The 14-year vet will join a whole slew of other NBA players who have chosen not to play during the Orlando restart. In the 41 games in which he appeared this season, Sefolosha only put up 2.2 points while only seeing 10.6 minutes a night, so it's not the end of the world for Houston. Look for Jeff Green and DeMarre Carroll to see a slight uptick in minutes to fill the void left by Sefolosha.