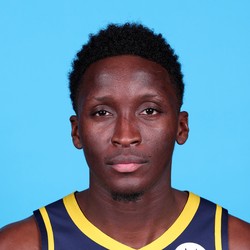 The Indiana Pacers on Twitter have stated that Victor Oladipo appears set to return for Wednesday’s home match-up with the Chicago Bulls. Oladipo who has been out for a year due to a ruptured quad tendon, was assigned to the Pacers’ G-League affiliate, the Fort Wayne Mad Ants earlier this month to compete the final stages of his rehab.

With Oladipo back in the fold for the Pacers, Coach Nate McMillan will probably work the point guard back into the Pacers line-up gradually so he can be ready for the playoffs. Fantasy owners your patience for holding Oladipo has paid off as he will be an important piece in the second half of the season. You might want to take a look in your waiver wires to make sure Oladipo is not floating around there before another fantasy owner does.