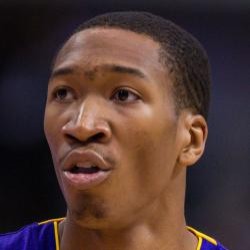 Wesley Johnson played six minutes against the Denver Nuggets, grabbing a rebound and recording a block but failing to score any points.

It was Johnson's fifth game this month and his first since March 21st. It was also Johnson's third zero point outing of the month.