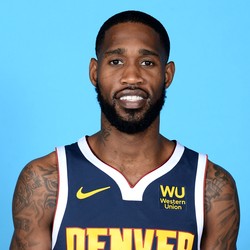 Will Barton underwhelms in 12-point victory over Minnesota

Barton was mostly forgettable on a night where his team nearly came away with 130 points. He totaled just seven points on two attempts from the floor. He posted admirable totals in rebounds and assists but its easy to classify his performance as a dud on the whole. Barton will look to regain his mojo when Denver tangles with Detroit on Tuesday.