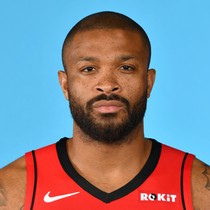 PJ Tucker hopes for an extension to remain a Rocket

PJ Tucker has one year left on his contract and hopes for an extension to remain a Rocket, he says, “I love Houston. I’ve said it many times. I want to retire as a Houston Rocket. The fans, the city have embraced me since day one. So, fingers crossed, I hope we can strike a deal and get it done.” (Source: Mark Berman on Twitter)

Fantasy Impact: Tucker remains a crucial component of the Rockets rotation. This year he has played in 64 contests and has averaged 34.4 minutes of playing time, 7.1 points, 6.9 rebounds, 1.1 steals, and .5 blocks per game. Although his production night-in and night-out can be inconsistent at times, his ability to stuff the stat sheet any given night makes him worth keeping on your fantasy radar as a possible source of salary relief. His sheer volume alone makes him an asset to own in deep-league play. 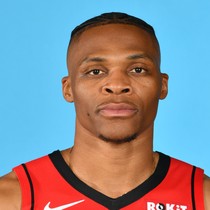 Russell Westbrook not traveling with the team to Orlando, will re-join soon

Shams Charania is reporting on Twitter that Russell Westbrook and James Harden did not travel with the Rockets to Orlando, but are expected to join the team in the 'near future'. (Source: Shams Charania on Twitter)

Fantasy Impact: It's unclear at the moment as to why Houston's dynamic superstars were absent from the team as they traveled to Orlando, but it is a story worth monitoring. As of now, both players are expected to re-join the team in Orlando sometime in the 'near future'. Check back for more updates as this story unfolds. 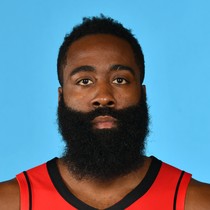 James Harden not on team flight to Orlando, will join team in 'near future'

Shams Charania is reporting on Twitter that James Harden and Russell Westbrook did not travel with the Rockets to Orlando, but are expected to join the team in the 'near future'. (Source: Shams Charania on Twitter)

Fantasy Impact: It's unclear at the moment as to why Houston's dynamic superstars were absent from the team as they traveled to Orlando, but it is a story worth monitoring. As of now, both players are expected to re-join the team in Orlando sometime in the 'near future'. Check back for more updates as this story unfolds. 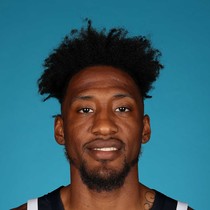 Robert Covington talks about how the Rockets can improve defensively

Robert Covington, while on a video conference, spoke on how he believed the Rockets could improve defensively going into late July, “Just gotta be more comfortable in our rotations, and more adamant in our switches. Being aggressive and not second-guessing ourselves…We can switch everything; we just gotta be more conscious of it all.” (Source: Alykhan Bijani on Twitter)

Fantasy Impact: Covington, after joining the Rockets in February, immediately made an impact as a dynamic rim protector for the franchise. In just 14 games with the team, he averaged 32.6 minutes of playing time, 12.8 points, 7.9 rebounds, 1.1 steals, and 2.5 blocks per contest. As a primary force on defense, it would be safe to say that he will be one of the central leaders, ensuring that the team remains aggressive and confident come playoff time. Covington’s ability to stuff the stat sheet makes him an intriguing play in all fantasy formats, with him being a must-start in deep-league play. 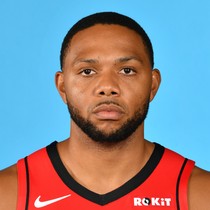 Speaking with the media on Wednesday, Eric Gordon mentioned that he is "back to full health and feels like himself again" after undergoing surgery on his troublesome knee during the season. (Source: Cayleigh Griffin on Twitter)

Fantasy Impact: The 12-year vet had an up and down 2019-2020 season, missing 30 games as a result of surgery on his troublesome knee. It appears that the NBA hiatus has given him the proper time to recover so Gordon should be ready to go in Orlando. This is great news for the Rockets, as their sudden switch to the "small-ball" game plan makes Eric Gordon's role even more valuable. In the 34 games he was able to participate in this season, Gordon averaged 14.5 points per game while knocking down just under three three-pointers a night. 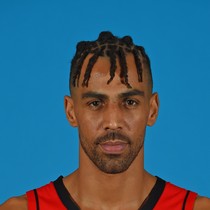 Fantasy Impact: The 14-year vet will join a whole slew of other NBA players who have chosen not to play during the Orlando restart. In the 41 games in which he appeared this season, Sefolosha only put up 2.2 points while only seeing 10.6 minutes a night, so it's not the end of the world for Houston. Look for Jeff Green and DeMarre Carroll to see a slight uptick in minutes to fill the void left by Sefolosha. 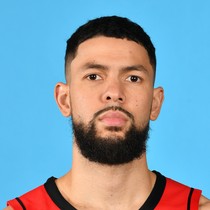 Austin Rivers crowns this year’s champions with an asterisk

Austin Rivers spoke to Bleacher Report’s Taylor Rooks, in which he addressed the topic of whether or not this NBA Champion will have an asterisk next to their name. Rivers commented that he thought, “whoever wins should have [an] asterisk next [to] it. But only for it being one of the toughest championships ever won.” (Source: Taylor Rooks on Twitter )

Fantasy Impact: In support of his statement Rivers highlighted just some of the major challenges teams are facing as they prepare for the season restart, “ [You’re] asking guys to take three [to] four months off, then come back and find chemistry, etc. then play during a pandemic, while players are fighting for the Black Lives Matter. There’s a lot going on right now. Crazy times and a lot of worry. And during these times, players are leaving [their] families to go live in a locked-down bubble. So for all these reasons and more. I think it will be one of the more tougher championships ever won. Only season ever like this. EVER.” This season Rivers has played 60 games for the Rockets and has averaged 8.5 points, 2.4 rebounds, and 1.6 assists per contest. He will continue to serve as a key member of the Rockets back-court rotation; however, his conservative game limits his ability to yield game-changing value for fantasy purposes. Based on his play, he appears to be worth a deep-league look at best. 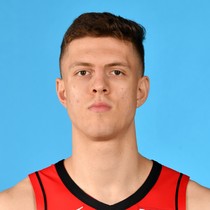 Isaiah Hartenstein waived by the Rockets

The Houston Rockets have waived C Isaiah Hartenstein. His 2020-21 contract would have been guaranteed by October 17. (Source: Kelly Iko on Twitter)

Fantasy Impact: The Houston Rockets really seem to hate big men. They traded Clint Capela at the trade deadline and now they are waiving Hartenstein ahead of the 2019-20 restart. The Rockets will continue to play small ball throughout the remainder of the season just as they have all year. Tyson Chandler is the only real big man on the team. Jeff Green and Robert Covington will play in the front court for the Rockets. 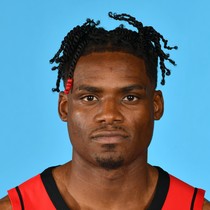 Danuel House Jr. scored four points (2-4 FG, 0-1 3PT), three assists and one rebound in only 12 minutes during the Rockets' 117-111 victory over the Timberwolves on Tuesday.

Fantasy Impact: House Jr. has really struggled over his last three games, averaging just over four points per game while shooting only 16 percent from three. His poor play resulted in Mike D'Antoni only playing him for 12 minutes during Tuesday's win over the Timberwolves. The four-year pro's inconsistent play and the additions of Robert Covington, Jeff Green and DeMarre Carroll have really killed any fantasy value he had. House Jr. should be left on the waiver wire until further notice. 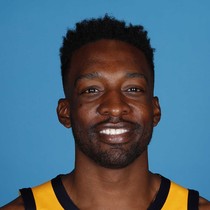 Jeff Green crashes back to earth with three point-performance

Jeff Green mustered up three points (1-6 FG, 1-6 3PT), two rebounds and one assist across 21 minutes off the bench during the Rockets' 117-111 victory over the Lakers on Tuesday.

Fantasy Impact: After a string of impressive performances, Green struggled to get anything to fall on Tuesday night. Coming into the game, the 12-year vet was averaging 18.3 points over his last three games while shooting an impressive 75 percent from the field. That was not the case on Tuesday, however as Green was able to knock down one of his six shot attempts against the Timberwolves. He will look to get back on track in Thursday's tilt against the Lakers. 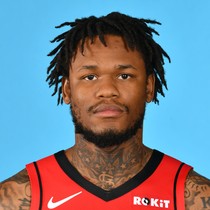 Ben McLemore (illness) has been ruled out of Sunday's game against the Magic due to gastroenteritis. (Source: Cayleigh Griffin on Twitter)

Fantasy Impact: McLemore appears to have picked up an illness over the weekend and will be forced to watch Sunday's game from the sidelines. With Eric Gordon (knee) also ruled out, the shorthanded Rockets will look to Austin Rivers and Jeff Green to play some extra minutes against the Magic. 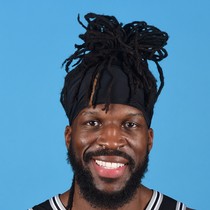 DeMarre Carroll (illness) is available for Thursday’s game against the Clippers. (Source: NBA.com)

Fantasy Impact: Carroll has not appeared in the Rockets last two contests, but is expected to play Thursday. He is averaging 4.0 points, 3.7 rebounds, 1.7 assists, 0.7 steals and 0.7 blocks across 18 games this year. Carroll is best left on the waiver wire in all league formats. 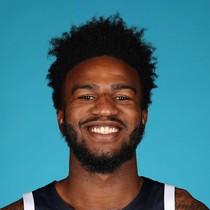 Jordan Bell has been traded to the Memphis Grizzlies in exchange for Bruno Caboclo. (Source: Adrian Wojnarowski on Twitter)

Fantasy Impact: Bell's tenure with Houston lasted a mere day before he was sent to the Grizzlies for the 24 -year-old Caboclo. It's unclear what kind of role the eight-year vet will have with the Rockets, though he is currently dealing with a bone bruise in his left knee and is two weeks in to his 4-to-6 week timetable for recovery. Cabaclo has appeared in 22 games this season for the Grizzlies, averaging two points and two rebounds per game. 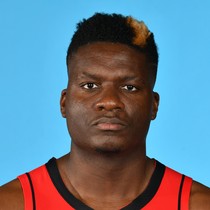 Clint Capela traded to the Hawks

Clint Capela has been sent to the Atlanta Hawks as part of a four-team, 12-player trade between Atlanta, Houston, Minnesota, and Denver. He was averaging 13.9 PPG and 13.8 RPG for the Rockets. (Source: Adrian Wojnarowski on Twitter)

Fantasy Impact: Capela was traded by Houston to Atlanta, along with Nene, late on Tuesday night in a move that will send ripples throughout the league. He will join a young Hawks team, brimming with upside, that has yet to establish itself amongst the East's contenders. Though he will no longer benefit from playing with the All-NBA talent of James Harden and Russell Westbrook, he should immediately slot into the starting lineup and establish himself as a force in the paint. Capela's value should take a minimal hit, if only for a brief moment, as he adjusts to a new environment. 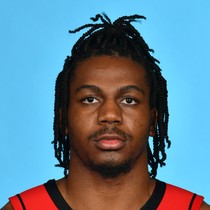 Chris Clemons and the Rockets agreed to a three-year deal on Thursday. (Source: Shams Charania on Twitter)

Fantasy Impact: Clemons is a solid enough role player to garner a three-year deal when his two-way deal expired. Clemons will get some starts here and there if multiple starters are out of the lineup and be a DFS option in those games.