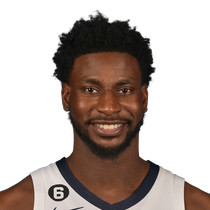 Fantasy Impact: Jackson Jr. will come off the bench and be limited to around 15 minutes, but it’s great to see him back on the floor for the Grizzlies. This Memphis team already went 10 or 11 guys deep, so JJJ just adds to a very crowded rotation. 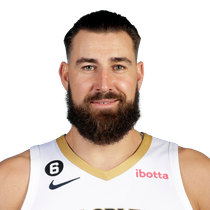 Fantasy Impact: Of the top-eight double-double leaders this season, only Russell Westbrook has played in fewer games than Valanciunas. He has 39 on the season, despite playing just 47 games. Valanciunas is nearly a lock to hit the arbitrary mark every night, averaging 17.0 points and 12.7 boards per game. No question about it, Valanciunas has moved into an elite center territory and deserves to be started every night. In addition to those scoring and rebounding abilities, the veteran center has blocked eight shots in his last three outings. 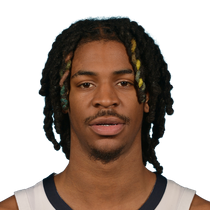 Fantasy Impact: While Morant's inconsistencies have plagued his sophomore campaign, turnovers are starting to become a problem as well. Seven games into April, Morant is averaging 4.1 turnovers per game while just averaging 15.7 points and 7.1 assists per game, both well under his season averages. His athleticism and ceiling are sky-high, but he's struggling to find a rhythm lately. 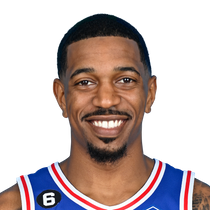 Fantasy Impact: Monday will mark the fifth consecutive absence in a row for Melton as he deals with an ailing leg injury. With no word on his status, John Konchar will remain in the rotation for however long he remains sidelined with Grayson Allen and Desmond Bane seeing the majority of the off-guard minutes.

Fantasy Impact: The 25-year-old guard out of Oregon is averaging nearly an identical line to his 2019-2020 campaign. On the season, he's averaging 16.5 points, 2.9 rebounds, 2.4 assists, 1.2 steals, and 0.4 blocks per game. That production puts him in the low-end starter range and his consistency makes him a decent option for DFS multipliers. 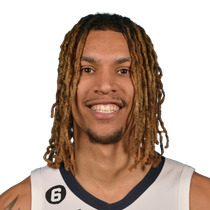 Brandon Clarke (calf) doubtful to play vs. Knicks on Friday

Memphis Grizzlies PF/C Brandon Clarke (calf) is listed as doubtful to play against the New York Knicks on Friday due to a sore left calf. (Source: NBA.com)

Fantasy Impact: Clarke is in jeopardy of missing his third consecutive game due to a sore left calf. In his absence, fantasy managers can opt to roster Xavier Tillman who is averaging 7.3 points, 4.8 rebounds, and a block across his last four games. He isn't a thrilling option to add to your lineup but will save salary in DFS formats during Friday's slate if Clarke winds up being ruled out.

Fantasy Impact: Allen hasn't done much this season as a scorer, only scoring 20-plus in five outings. Wednesday's game was his best fantasy performance of the season. The 25-year-old guard isn't likely to repeat this performance and is best kept on your league's waiver wire. 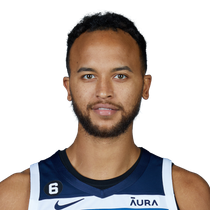 Fantasy Impact: Anderson got off to a blazing start to the 2020-2021 season but has cooled down quite a bit. The 18 points Anderson scored were the most in March, as were the 11 rebounds. For those that were lucky enough to use him in DFS on Wednesday, it certainly paid off. But his good games are sporadic and tough to predict. 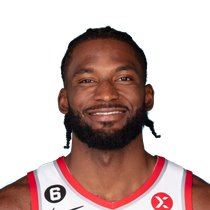 Memphis Grizzlies SF Justise Winslow (thigh) has been listed as questionable for Monday's matchup with the Rockets. (Source: Grizzlies PR)

Fantasy Impact: Winslow has been added to the injury report ahead of Monday's game with the Rockets. If Winslow can't play, look for De'Anthony Melton and Desmond Bane to get more minutes while John Konchar could join the rotation. 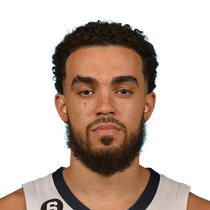 Tyus Jones scored a team-high 20 points (9-11 FG, 2-3 3PT) to go with three assists, two rebounds, and a steal in Thursday's blowout win over the Clippers.

Fantasy Impact: Jones didn't need much time to do his damage on Thursday, leading the team in scoring despite playing just 15 minutes off the bench. A hyper-efficient 81.1% clip from the field was his best mark of the season. Jones made some waves in fantasy leagues when Ja Morant was sidelined with an ankle sprain but hasn't contributed much since. Throughout the eight starts for Morant, Jones averaged 9.5 points and 6.9 assists per game. On the season as a whole, however, he's averaging just 7.9 points and 5.0 assists, making him best kept on your league's waiver wire. 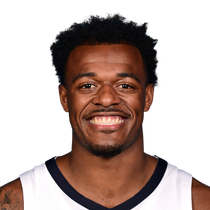 Fantasy Impact: Tillman has shown some flashes throughout his rookie year and has carved out a steady role for him on this young Grizzlies' squad. Unfortunately though, he's playing just 21.0 minutes per game which really caps his upside. He's averaging 7.8 points, 4.9 rebounds, and 1.5 assists per game but won't have any fantasy relevance as long as Jonas Valanciunas is ahead of him on the depth chart. 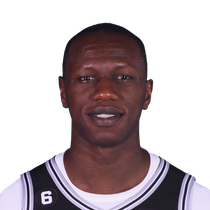 Fantasy Impact: Dieng saw an increase in minutes in Saturday's blowout as the game was quickly out of reach for the Grizzlies. He's only logged 15 points in four games this season and the 23 minutes was the sixth-most he's seen in a game all season. With Jonas Valanciunas and rookie Xavier Tillman ahead of Dieng on the depth chart, the 31-year-old center doesn't have much relevance in fantasy. 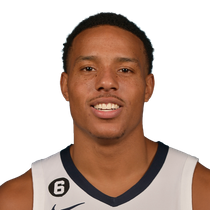