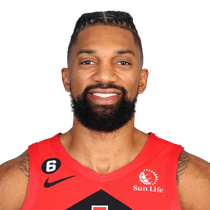 Khem Birch being released by Magic, intends to sign with Raptors

The Orlando Magic are planning to release F/C Khem Birch and he intends to sign with the Toronto Raptors. (Source: Adrian Wojnarowski on Twitter)

Fantasy Impact: Birch’s minutes have been on the decline of late as the team traded for Wendell Carter Jr. and also wants to give Mo Bamba more opportunities as the backup center. Birch will sign with the Raptors when he clears waivers, and he’ll likely carve out a nice role on a team starving for some big man minutes alongside Aron Baynes and Chris Boucher. This move opens up more minutes for Bamba, who becomes a nice speculative pickup in season-long leagues heading into the fantasy basketball playoffs. 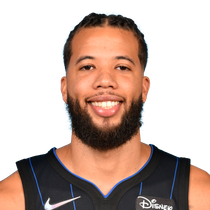 Fantasy Impact: Carter-Williams returned from a three-game absence due to illness and facilitated well from the starting point guard role. His shot volume was limited but he still drained two triples and elevated his value through four steals and a block on defense. Factoring in the five assists MCW dished, fantasy managers should roster the veteran either as added depth or into starting lineups in need of a reliable point guard. The Magic will get a day off before hosting the Indiana Pacers on Friday. 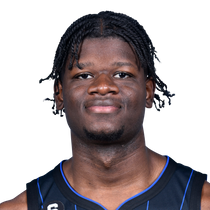 Fantasy Impact: Bamba has been steadily improving as his minutes have increased in recent weeks. With the release of Magic C Khem Birch on Thursday morning, Bamba should be rolled into lineups moving forward as he is extremely talented on the perimeter and defense. Fantasy managers can still roster Bamba in 95 percent of ESPN leagues, especially since the center position is so top-heavy. The Magic will get a day off before hosting the Indiana Pacers on Friday. 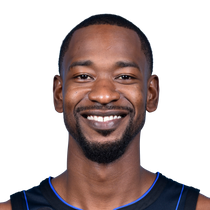 Terrence Ross leads Magic with 24 points in loss vs. Wizards

Fantasy Impact: Ross came off the bench to pour in 24 points on 56 FG%, adding six rebounds and three assists to reach his highest fantasy production since a return from knee soreness at the end of March. With only a couple of weeks remaining in most fantasy leagues, the veteran shooting guard is a reliable scorer who can be rolled into lineups with good value. Fantasy managers will get their next opportunity to add Ross to lineups at home against the Indiana Pacers on Friday. 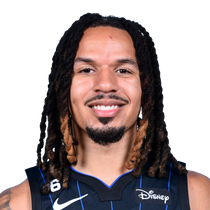 Fantasy Impact: Anthony hasn’t played since February 9th, but the rookie says he’s ready for action after being cleared by the medical staff. It’s unclear if he’ll start, but expect some sort of minutes restriction for Anthony early on. 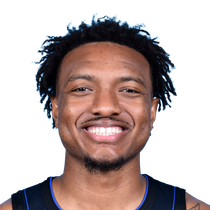 Fantasy Impact: Carter Jr. shot over 50 percent from the field against a stacked Nuggets frontcourt, collecting nine rebounds and forcing three steals in the process. Fantasy managers should roster and deploy WCJ in most point and category leagues, as the 21-year old center has found increased usage in his new role with Orlando. Carter Jr. has racked up 56 points and 33 rebounds across his last three starts for the Magic, playing at least 31 minutes or more during this stretch. Fantasy managers can insert him into lineups next when the Magic host the Washington Wizards on Wednesday. 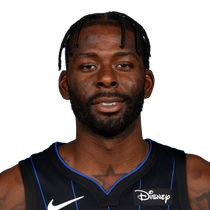 Fantasy Impact: Ennis continues to earn significant minutes as the SF in Orlando's starting lineup and made the most of his opportunities on Sunday. The veteran forward poured in three triples and dished five assists, along with forcing two steals to reward fantasy managers who were forced into inserting him in lineups. He still contains a bit of risk, as it is difficult to predict the games he will perform well. A good sign is that he has played at least 36 minutes in each of his last three games, indicating Magic head coach Steve Clifford will continue leaning on Ennis for the remainder of the season. 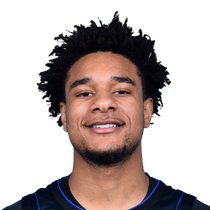 Fantasy Impact: Okeke held his own against an elite Denver frontcourt, converting seven shot attempts and corralling seven boards. The second-year forward also dished five assists and forced two steals in a complete game despite the Magic suffering another loss. Fantasy managers should roster and start Okeke, as he remains available on 61 percent of ESPN league waivers and is emerging as a consistent force on both ends of the court for Orlando. 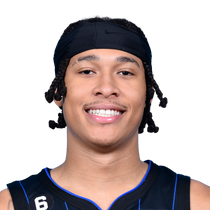 Fantasy Impact: The 20-year old guard was part of the trade package that sent former Magic PF Aaron Gordon to the Denver Nuggets at the trade deadline, along with Gary Harris and a protected 2025 first-round draft pick. Hampton logged over 30 minutes for the first time with Orlando during Saturday's blowout in Utah, managing to finish with 12 points and two assists. He also was active on defense, forcing a steal and a block while collecting eight rebounds to elevate his total output. Hampton is an intriguing stash in deeper leagues and could be a player to focus on in dynasty formats, as he is just 20 years old and could become a piece the Magic build around moving forward. However, he remains a risky start against his former team when the Magic travel to play the Denver Nuggets on Sunday night. 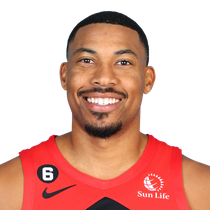 Otto Porter Jr. has been ruled out with left foot pain ahead of the Magic's game Saturday against Utah. (Source: Josh Robbins on Twitter ) 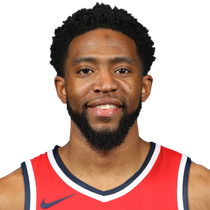 Fantasy Impact: Despite playing on his fifth team in four seasons, Randle generated solid production as the starting point guard for Orlando on Thursday. He drained three triples and collected six rebounds while forcing three steals in an overtime win against a short-handed Pelicans team, creating solid fantasy production in the process. Fantasy managers will have their next chance to roster Randle when the Magic play the Utah Jazz on Saturday, although it's important to keep an eye on Michael Carter-Williams status, as he sat out Thursday due to illness. If MCW is cleared to return, this will eat into Randle's workload and decrease his starting value in DFS and point formats. 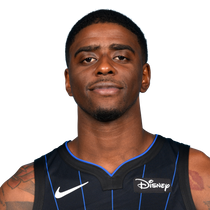 Dwayne Bacon leads Magic with 26 points in loss vs. Lakers

Fantasy Impact: Bacon shot an efficient 47 FG% while corralling eight rebounds in a closely-contested loss to the Lakers on Sunday night. The fourth-year guard out of Florida State should be rostered and started in most formats moving forward due to the increased opportunity provided following the trade of Evan Fournier to Boston at the trade deadline. With Bacon solidified as a starter for a Magic franchise that is clearly in full rebuild mode, he becomes a relevant starter in most formats through the rest of the 2020-21 season and remains available on 97 percent of ESPN waiver wires. 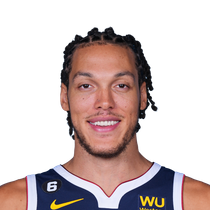 Aaron Gordon traded to Nuggets for Harris, Hampton, and a first round pick

Magic F Aaron Gordon has been sent to the Denver Nuggets for Gary Harris, RJ Hampton, and a first-round pick. (Source: Adrian Wojnarowski via Twitter)

Fantasy Impact: The 25-year-old power forward is seeing his seven-year stint with the Magic come to an end. Gordon's fantasy value may take a hit as he would be expected to share minutes with Michael Porter Jr. and Paul Millsap at PF. However, it seems that with the departure of Harris, Hampton, and a first round pick, the Nuggets plan on making Gordon an important piece of their scheme. His usage is worth monitoring as he enmeshes himself into the Nuggets rotation. 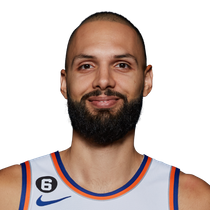 Fantasy Impact: Fournier heads to Boston with Orlando receiving two second-round picks in return. The Magic already traded Nikola Vucevic to the Bulls and are reportedly shipping Aaron Gordon away next. Stay tuned. 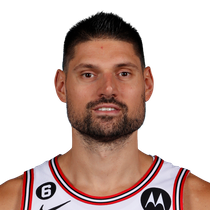 Magic All-Star center Nikola Vucevic, along with Al-Farouq Aminu, is being traded to the Chicago Bulls in exchange for Wendell Carter Jr., Otto Porter, and two first round picks. (Source: Adrian Wojnarowski on Twitter)

Fantasy Impact: Vucevic’s 9-year run in Orlando officially comes to an end as he’s dealt to the Bulls, another rebuilding team. He immediately becomes an upgrade for the Bulls at the center position. His fantasy value likely takes a bit of a hit as he’s the second scoring option behind Zach LaVine as opposed to the first, although he’ll still be a focal point. Carter Jr. likely becomes the Magic starter, which would be good for his fantasy value. Orlando doesn’t appear to be finished either, as both Aaron Gordon and Evan Fournier are expected to be traded in the coming hours. 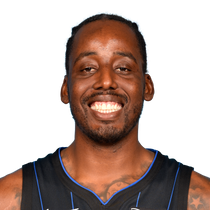 Fantasy Impact: Aminu returned to his normal scoring and assist levels after scoring 17 points and dishing six dimes in his previous game against the Nuggets. The veteran power forward managed to collect 10 rebounds and forced a block to rack up points defensively for fantasy managers on Wednesday. Aminu will likely be playing closer to 30 minutes for the duration of the season as he solidifies a role within the starting lineup. If Aaron Gordon winds up traded by Thursday's 3 pm ET trade deadline, Aminu's stock will soar and he becomes an immediate nightly streaming option with the upside for more. 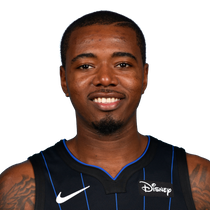 Fantasy Impact: Clark collected seven rebounds, an assist and a steal to generate a bit of production but went 0-for-4 from 3-point range to end up scoreless in Sunday's blowout loss to the Suns. Fantasy managers should look elsewhere to find fantasy-relevant players to roster, as Clark sees enough minutes in the Magic starting lineup but is not a focal point of the offense and fails to convert on the limited opportunities he receives. 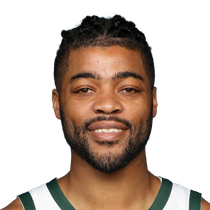 Frank Mason III goes for 11/7/4 in loss vs. Trail Blazers on Tuesday

Fantasy Impact: The third-year point guard was signed by Orlando off waivers last week and looked solid off the bench in Tuesday's loss, scoring 11 points, seven rebounds and dishing four assists to provide some stability behind rookie Cole Anthony. Mason should not be rostered in season-long formats at this point but he is an intriguing option in DFS contests, as his low salary could help managers build a winning lineup if he continues to receive extended minutes as the Magic's reserve point guard. The Magic will get a day off before playing the Golden State Warriors on Thursday for their next stop on their West Coast road trip.