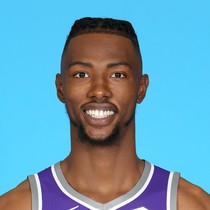 Harry Giles will get his fourth start of the season against the Pistons as the Kings go into tonight's matchup without Marvin Bagley III or Richaun Holmes.

Fantasy Impact: Giles is averaging 7.3 points and 5.3 rebounds per game in 14.7 minutes throughout his three games as a starter this season. It seems as though even when Giles has handled the starting responsibilities, minutes are split up between him and Dewayne Dedmon. Add Nemanja Bjelica's recent play and recently acquired Anthony Tolliver into the fold and Giles shouldn't be considered for your fantasy roster. Keep this fan-favorite on the waiver wire for now unless his role drastically changes. 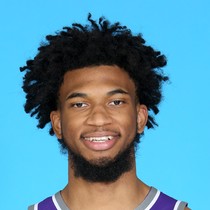 Marvin Bagley III has been ruled out with a sore left foot and will not play Wednesday night against the Pistons in Detroit. (Source: Jason Jones)

Fantasy Impact: Bagley missed eight games in December and January but had seen his minutes steadily increasing in the four games since returning. The setback may open up playing time for newly acquired Anthony Tolliver. Bagley's next chance to play comes Friday against the Bulls. 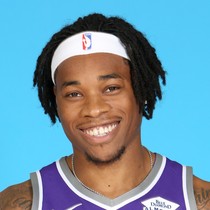 Richaun Holmes will not play Wednesday against the Pistons as he continues to heal from a shoulder injury sustained on January 6.

Fantasy Impact: Holmes has returned to practice and will be re-evaluated next week, but it appears that his return will be in early February. He's worth a stash since he's been a solid center this season and should be picked up if he's available in your league. Nemanja Bjelica has been getting extra playing time with Holmes sidelined and should be started in all formats tonight as he's averaging 18 points and eight rebounds over the last six games as a starter. 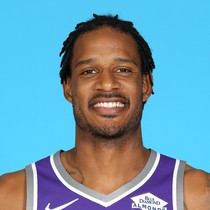 Trevor Ariza to make his Blazer debut on Thursday

Coach Terry Stotts said that Trevor Ariza will "probably" start at small forward Thursday night against the Mavericks according to Dan Sheldon of NBC Sports. (Source: Dan Sheldon on Twitter)

Fantasy Impact: Ariza has been a disappointment for fantasy owners so far this season as he struggled to find minutes on the Kings. It looks like his path to playing time will be clear in Portland and his fantasy value should increase. Ariza is worth grabbing in 12-14 team leagues and deeper. 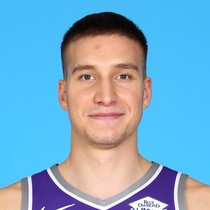 Bogdan Bogdanovic scored 14 points on 5-of-15, going 3-of-11 from deep. He had two rebounds, two assist, one block, and one steal over his 34 minutes.

Fantasy Impact: Bogdanovic played in his second consecutive game after missing six straight with a sprained ankle. His 11 attempts from deep tie his third-most of the season, but unfortunately he wasn't connecting on many. A lot of owners cut Bogdanovic after he was diagnosed with the ankle injury, but given the Kings injuries and struggles he may be leaned on for heavier minutes. If he's available, he's definitely worth a pickup. 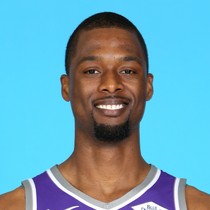 Harrison Barnes with quiet night in King's loss to Heat

Harrison Barnes scored 11 points on 3-of-11, going 2-of-6 from deep and 3-of-4 from the field in 33 minutes. He also grabbed rebounds while adding an assist and a steal.

Fantasy Impact: Barnes's lack of consistency is a disappointment to fantasy owners that drafted him early and Kings fans that have to be reminded of his contract. He's averaging 15.6 points, 3.6 rebounds, and 2.1 assists in January which are in-line with his season averages and seem to be the norm for him. He's too good to drop, but not living up to his draft stock. If you own him it's not a bad idea to send some trade offers out. Due to his basement-level floor, he shouldn't even be a thought in DFS. 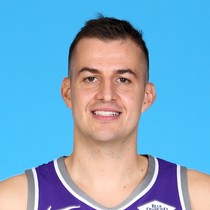 Nemanja Bjelica scored 22 points on an efficient 8-of-13, going 2-of-6 from deep and sinking all four free throw attempts. He grabbed six rebounds and a steal while adding three assists.

Fantasy Impact: With Richaun Holmes still sidelined, Bjelica got the start again and gave another solid statline. His season has been a bit unexpected as he's been a product of injuries to Holmes and Marvin Bagley III and that has provided him with extra opportunities. He's averaging 18 points and eight rebounds over the last six games that he's started in place for Holmes. He's worth a pickup as long as Holmes is out and should be targeted in DFS tournaments. 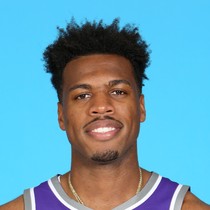 Buddy Hield put up a solid total on Monday with 20 points on 7-of-19, going 5-of-17 from deep and adding seven rebounds, seven assists, three steals, and two blocks. He led the team with 43 minutes.

Fantasy Impact: 17 three-point attempts are Hield's second-high of the season. He's only connecting on 36.6% of his attempts from deep this year while sitting at second behind James Harden in attempts. You've got to wonder how much longer coach Luke Walton will let Hield keep his green light if he keeps shooting at this percentage. Hield is still leading the Kings in points but his play has been pretty inefficient recently. With a lot of young talent on the Kings, the gameplan might start to stray away from Hield and towards developing the young guys. If you own Hield, it probably isn't a bad idea to start sending some trade offers out. 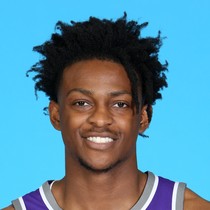 De'Aaron Fox scored 14 points on 7-of-22, missing all seven three-point attempts and failing to get to the free throw line. He led the team with eight assists and three steals over 38 minutes.

Fantasy Impact: This is nothing more than an off-night for the Kings star guard as he posted his worst scoring effort of the month and most three-point attempts without a make in his career. Fox is still averaging 23.8 points, 5.4 rebounds, and 8.4 assists for the month of January. He should bounce back with his typical 20-point performance against the Pistons on Wednesday, who are surrendering 111.1 points per game to opponents. 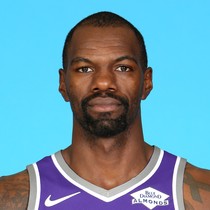 Dewayne Dedmon came off the bench last night and record 12 points, 10 rebounds, and an assist on 3-of-7 shooting. He played 32 minutes.

Fantasy Impact: Although Harry Giles got the start over the injured Richaun Holmes, Dedmon recorded double the minutes as he looked to be the better player last night. Dedmon was fined for openly saying that he wanted a trade from the Kings last week. He's a talented center that could definitely be valuable in the right situation. Buried on the Kings's depth chart though, he shouldn't be on your fantasy radar. 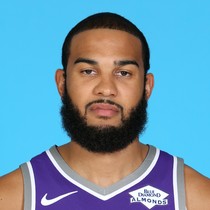 Corey Joseph had two points (1-3 FG, 0-2 3Pt), one rebound and one assist in 18 minutes during the Kings’ loss to the Nuggets on Sunday.

Fantasy Impact: With the return of De’Aaron Fox (back), Joseph will take on a more limited role and should continue to come off the bench. Joseph can be dropped for available point guards on the waiver-wire with more upside. 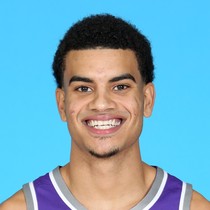 Justin James finished with 14 points (6-for-14 FG, 2-for-4 3Pt, 0-for-2 FT), three rebounds, three assists, and one steal in 33 minutes of action off the bench as Bogan Bogdanovic was out with a hamstring injury.

Fantasy Impact: James is a solid option for daily value play if and only if Bogdanovic is out again with a hamstring injury. 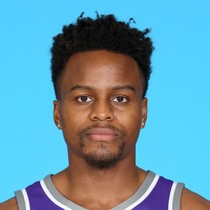 Fantasy Impact: Ferrell did very little in Sunday's win despite seeing 17 minutes of action. It was a disappointing turn of events after the guard averaged 11.0 points, 3.5 assists and 2.0 rebounds over the past two games, but Ferrell is not a consistent fantasy option. The void left by De'Aaron Fox won't be adequately filled by the tag-team efforts of Cory Joseph and Ferrell, and neither need to be rostered in most fantasy formats.