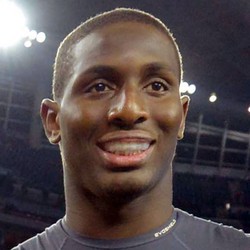 Alfred Blue (ankle) has been designated to return from injured reserve.

Blue injured his ankle preseason Week 2 and has spent time in a walking boot in the meantime. Since he was placed on IR prior to August 31st, Blue is eligible to return later in the season. The Jaguars have confirmed that he'll be a candidate to return.

The Jaguars have placed backup running back Alfred Blue on IR after he was sidelined during their Week 2 game against the Eagles.

With Blue on IR, this all but locks up what was already expected to be Leonard Fournette's job as the bell-cow running back for the Jaguars.

Blue left the game in the first quarter and the Jaguars decided to hold him out for the rest of the game. The seriousness of the injury has not been determined and fantasy owners should keep an eye on updates concerning the veteran running back.

Blue is looking to have a big role on the team this season. Blue rushed 150 times for 499 yards and two touchdowns for an uninspiring 3.3 yards per carry and isn't much of an option for fantasy owners.

Blue has signed a one-year deal with the Jaguars, the team confirmed Monday.

Blue, who spent his first five seasons in Houston, had 499 rushing yards and two scores on 150 carries last season. He'll likely compete with fellow free-agent addition Thomas Rawls for the No. 2 role behind bellcow Leonard Fournette.

Deposit $10 at a DFS partner site you have NOT played at and get a FREE 6 Month HOF Subscription!
Claim Offer
Most Accurate Experts
for Alfred Blue
Consensus Rankings
View All Rankings