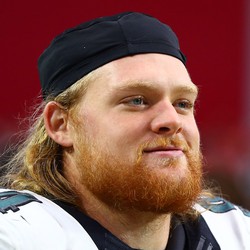 DT Beau Allen is signing with the Patriots for two years and up to $8M.

Allen was last a member of the Tampa Bay Buccaneers, so he’ll essentially be switching places with Tom Brady. In all seriousness, Allen has been a solid rotational defensive run-stopper in his six seasons in the NFL. The former 7th-round pick out of Wisconsin will give the Pats a big body up front to clog the middle and force opposing RBs to bounce it to the outside.

Beau Allen entered Bucs training camp as the starting nose tackle next to six-time Pro Bowler Gerald McCoy. And has reportedly made a strong impression.

IDP owners may want to take notice in Allen to see exactly what his role will be in Tampa Bay. With the rookie Vita Vea (calf) still sporting a boot and sitting on the sidelines Allen maybe injecting himself into a rotational role. This potentially could affect all the interior defensive linemen's production if there is another mouth to feed. Including Gerald McCoy's if they would decide the veteran could use more breathers during games.

Gary VanDyke - The IDP Guys2 years ago
Do Not Sell
Are you looking to contact Customer Support about a subscription or account related question?
Yes
No, I'm a California resident looking for the California Consumer Privacy Act form