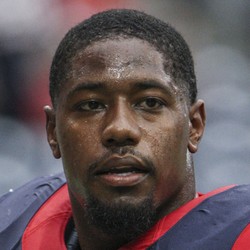 He tried out for the Cowboys in late May to no avail. He has had little interest in his services after a poor showing in 2014. He is still young, 28 in August, and the Lions may be getting desperate with Joique Bell still sidelined.

This indeed may be a sign that Joique Bell is nowhere near 100%. Keep an eye on Ameer Abdullah, he's the best of the bunch anyway.

The Cowboys are working out Ben Tate. Tate has rushed for 2,363 yards on 540 carries in his four seasons with four teams, most recently with the Browns in 2014.

It's unclear what Tate's role would be, even if he is signed by the team. This was a crowded backfield already between Darren McFadden, Joseph Randle, Lance Dunbar and Ryan Williams. We will need to see who makes the final 53-man roster before any conclusions can be taken from this. Tate was a promising sleeper going into the 2014 season as the favorite to be the Browns' lead back, but he was sidelined by injuries, and later, poor performance.

Tate had five carries for 8 yards in Sunday's loss to the Lions.

His long run on the day was of four yards. He's looking more and more likely to be gone after the season despite being claimed off waivers from Cleveland nearly a month ago. He is simply not a No. 1 RB in the NFL.

Tate had just three carries for 15 yards in Sunday's win over the Jets. His long run on the day was eight yards.

He will likely be used more over the final three games with Jerick McKinnon (lower back) placed on season-ending injured reserve on Saturday. Matt Asiata hasn't been that impressive, so Tate could earn a role down the stretch. He isn't fantasy worthy.

Tate served as the No. 2 RB behind fill-in starter Matt Asiata. Tate ended the afternoon with five carries for 15 yards as the Vikings defeated the visiting Panthers 31-13.

Tate will likely earn more carries down the stretch as Minnesota will look to see what they have in him. But with Jerick McKinnon (lower back) likely to return, Tate could be the No. 3 RB next week against the Jets.