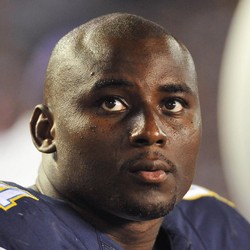 The Chargers announced Wednesday that they will not exercise the 2019 option on defensive lineman Corey Liuget’s contract. Liuget, who has spent his entire eight year career with the Chargers, will become a free agent on March 13th.

Chargers General Manager Tom Telesco did not rule out the possibility that Liuget could still return to the team on a new deal in a statement Wednesday. “Corey’s made major contributions to this organization since being our first-round selection in 2011 both on and off the field,” said Telesco. “He was our Walter Payton Man of the Year nominee in 2018 for a reason and you won’t find a player who made a bigger contribution in the community than Corey. While we did not exercise the 2019 option in Corey’s contract and he will now become a free agent on March 13, the door is certainly not closed for a possible return in the future.” Liuget’s 2018 season ended prematurely in November when he suffered a torn right quad tendon in a loss to the Broncos. He finished the year with 14 tackles, 1.5 sacks and one fumble recovery in six games (three starts). He will turn 29 on March 18th.

NFL Media’s Ian Rapoport is reporting Chargers DT Corey Liuget suffered a torn right quad tendon in Sunday’s loss to the Broncos. The injury will bring his 2018 campaign to an end.

The injury occurred in the first half when Liuget’s leg suddenly buckled during a battle with Broncos tackle Garett Bolles. He was able to walk off the field under his own power but was later carted to locker room following a sideline evaluation. It’s a tough loss for the Chargers who also lost linebacker Denzel Perryman for the season last week. Darius Philon, who has made seven starts this season, and Justin Jones should see additional snaps in Liuget’s absence.

Corey Liuget's contract extension is a five-year deal worth $51.25 million. That includes a $7.5 million signing bonus and $30.477 million guaranteed.

After a career-year with 57 tackles and becoming a full-time starter since 2011, the Chargers decided to fork over the big bucks. He's now the fourth-highest paid defensive end but has yet to live up to that paycheck. He's certainly not one of the best 3-4 ends in the league and lacks disruptive pass rush skills. He has accrued 17 sacks over the last three seasons combined.

Liuget has a lot of potential but still hasn't done much. Last season he only had 38 combined sacks, hurries and hits. However, the 25-year-old has 52 straight starts under his belt and only failed to start one game since becoming a Charger in 2011.

DE Corey Liuget had a key turnover in San Diego's comeback win. During the 3rd quarter, Liuget recovered a fumble in the endzone for a touchdown. He also had two solo tackles in the comeback win for the Chargers

Fantasy owners in IDP leagues who went with Liuget had a pleasant evening. Whenever a defensive player gets a touchdown, it is a major bonus!