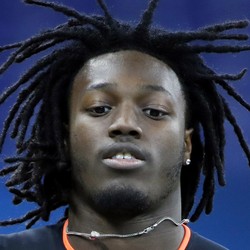 Green Bay Packers prized rookie safety Darnell Savage Jr. has been ruled out for Week 6 against the Detroit Lions.

Savage has been an impact player in both real life and in IDP. Luckily for fantasy owners he was on the wrong side of doubtful since Friday, so most, if not all, should have already found and started their replacement options.

Raju Byfield15 weeks ago
Darnell Savage Jr. gets his first pick on Sunday

Darnell Savage Jr. racked up five total tackles (four solo) and an interception during Sunday’s 27-16 win over the Broncos.

Savage has been living up to his name totaling 14 tackles, one interception, and a forced fumble through three games into his rookie season. Owners in IDP dynasty leagues should look to add Savage if in need of a replacement or depth player.

Savage had a respectable start to his professional career as the Packers bested the Bears on Thursday. He is an intriguing add in IDP dynasty formats but owners should wait before adding him in redraft leagues.

Andrew Liang21 weeks ago
Darnell Savage goes to Packers at No. 21 after trade with Seahawks

The Packers traded the 30th overall pick in the first round (a pick they originally received from the New Orleans Saints), the 114th overall pick, and the 118th overall pick in return for the 21st overall pick. With the pick, they selected Savage, a safety who can help in both coverage and the run game and who has the ability to drop down into the slot if needed. He is a bit undersized for the position, but he makes up for it with his football IQ and his athleticism.