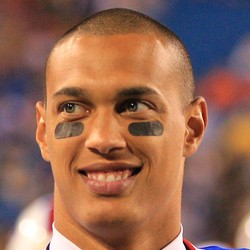 With Eric Decker (hamstring) a doubt for the Jets' Week 3 game against the Bears, David Nelson's role in the offense could grow with importance. He was targeted twice in the first two games - a stunningly low number when you consider he ran 51 pass routes - but there's a chance to break out Monday night against the Chicago Bears. The 6-foot-5 Nelson will either be covered by 5-foot-8 Tim Jennings or the rookie Kyle Fuller.

The Jets have to figure out a way to maximize Nelson's skill set against Chicago, because he'll have a favourable matchup against the Bears' secondary. As a result, he could be a very productive fantasy player in Week 3. However, Nelson's fantasy past isn't very convincing so he probably isn't worth the start unless your team has a desperate need at the wide receiver or flex positions.