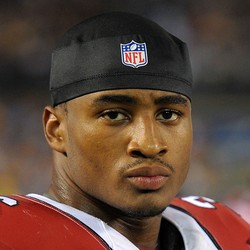 LB Deone Bucannon has agreed to terms with the Atlanta Falcons.

The former 2014 first-round pick of the Arizona Cardinals will join his fourth team in what will be seven years in the NFL. In his career, Bucannon has combined for 432 tackles, seven sacks, seven forced fumbles, and two interceptions. He last played for both the Buccaneers and the Giants in 2019. Bucannon will provide depth and veteran leadership to an improving Atlanta defense.

Adam Koffler2 weeks ago
Deone Bucannon on the trade block

Jason LaCanfora reports that the Cardinals are stepping up their efforts to trade Deone Bucannon in advance of the NFL's trade deadline.

Bucannon has not contributed much this fantasy season, as he's not a good fit for Steve Wilks' defense. Bucannon, and his fantasy production, could benefit quite a bit from a trade to a team whose defensive scheme fits him better. Keep an eye on Bucannon and see where he lands.

Bucannon, a converted safety playing linebacker, narrowly missed two sacks on Washington QB Alex Smith while blitzing. Bucannon blitzed frequently, and could rack up good sack totals if that usage continues. He gave up multiple huge catches to Washington receivers, including a TD by RB Chris Thompson. He also had multiple missed tackles against all three Washington RBs, though he did have a possible TD-saving tackle on Thompson midway through the third quarter as he was changing direction to take advantage of an open sideline. In week one Bucannon was a liability, but he could explode if he starts arriving to the ball a split second sooner.

Deone Buchannon had nine tackles, four assists, and a forced fumble in the Cardinals 31-21 loss to the Texans in week 11.

Buchannon is second on the team with 46 tackles just ahead of Karlos Dansby. He's in the IDP conversation.

Deone Bucannon (ankle) will not play Week 1 against Detroit and could potentially be out for up to three weeks.

In a tough break during warmups in his first practice back from being activated off the PUP list, Bucannon sprained the same ankle he had surgically repaired during the off-season. It is a little worrisome that he still hasn't tested it fully and may be eased back into playing even after he is cleared to avoid another setback. Especially now that rookie Haason Reddick has shown he is capable of filling in for him. If Reddick plays well and Bucannon takes a while to get back to fully healthy he could be in danger of losing a starting spot. This is definitely a situation worth monitoring for IDP owners.

Deposit $10 at a DFS partner site you have NOT played at and get a FREE 6 Month HOF Subscription!
Claim Offer
Who Should I Draft?
Most Accurate Experts
for Deone Bucannon
Consensus Rankings
View All Rankings
Do Not Sell
Are you looking to contact Customer Support about a subscription or account related question?
Yes
No, I'm a California resident looking for the California Consumer Privacy Act form