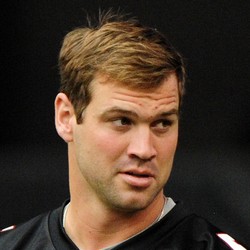 NFL Network's Ian Rapoport is reporting free agent QB Drew Stanton has agreed to terms on a two-year deal with the Cleveland Browns.

Stanton will join a Browns team that is in search of their future quarterback. However, although Stanton appeared in five games last season, starting in a handful of them, he will likely be competing with the likes of Kevin Hogan and Cody Kessler for a reserve spot on the QB depth chart. Tyrod Taylor, Cleveland's other free agent signing at the quarterback position, is fully expected to open the year as the QB1, barring another significant personnel addition at the position during the upcoming NFL Draft. A seven-year veteran in the league, I believe Stanton is poised to make the Browns' final roster over Cody Kesler, who is a product of the Sashi Brown regime.

Cardinals quarterback Drew Stanton passed for 145 yards and a touchdown in what turned out to be the last game of the Bruce Arians era, a 26-24 victory over the Seahawks

It took 34 passes to get Stanton to his lofty tally. He also tossed an interception, the fourth time in five games he has thrown at least one pick. It has emerged that Stanton has practically no ACL due to years of damage. With Bruce Arians retiring, it is unlikely his successor will want Stanton around in 2018.

On his return to the starting lineup, Cardinals quarterback Drew Stanton passes for 209 yards and two touchdowns in his teams 23-0 victory over the Giants.

As is his usual style, Stanton also threw a pair of interceptions. He was better than Blaine Gabbert had been, but that’s hardly high praise. The Cardinals 2018 QB is almost certainly not on their current roster.

Drew Stanton sprained his knee during Thursday night's loss to Seattle and could miss a game or two according to Adam Schefter and Chris Mortensen. Blaine Gabbert would start in Stanton's place if he can't go.

While Gabbert isn't a particularly inspiring option, he would draw the Texans, who allow the fourth-most fantasy points to opposing quarterbacks, next week. If you're forced into using Stanton, add Gabbert now to avoid having to make a claim later in the week.

Drew Stanton completed 24 of 47 passes for 273 yards and one touchdown in the Cardinals' 22-16 loss to the Seahawks Thursday night. He added one rush for one yard.

Stanton played decent football under constant duress from the Seattle defense and getting nothing from the Arizona ground game. He posted solid yardage and did not turn the ball over. The only downside was the single touchdown. Even with the improvement he showed Thursday, Stanton is best left to the waiver wire.