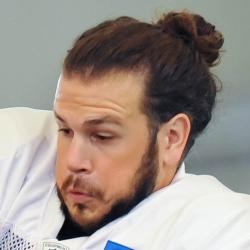 The Dolphins signed TE Jake Stoneburner off of their practice squad. The injury to Dion Sims had left the Dolphins with only Cameron available.

Stoneburner is likely to be used as a blocking TE in case Sims misses significant time. He shouldn't be considered a viable fantasy TE unless Cameron was to be injured as well.

TE Jake Stoneburner has been released by the Miami Dolphins according to Barry Jackson of the Miami Herald.

This move surprising leaves the Dolphins with only two TEs on the roster. Most likely they will add another TE from the recents cuts of other teams. Dion Sims and Jordan Cameron are currently the only TEs remaining.

Brian Ruiz5 years ago
Most Accurate Experts
for Tight Ends
Do Not Sell
Are you looking to contact Customer Support about a subscription or account related question?
Yes
No, I'm a California resident looking for the California Consumer Privacy Act form