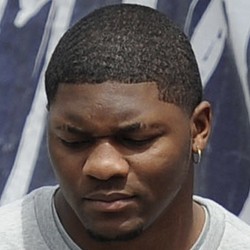 Jamie Collins completed his 2019 season with three solo tackles, one assisted tackle, one TFL, one sack, and one QB hit, though the Patriots were upset by the Dolphins at home, 27-23.

Collins at least had a decent season finale, who otherwise had a disappointing finish in his second stint with the Patriots. Despite his inconsistencies, he still ranked as one of the top linebackers this year and will have the playoffs to further prove his value to this team.

Jamie Collins logged three solo tackles, three assisted tackles, one TFL, and one QB hit in a 24-17 win over the Bills on Saturday.

Collins' production over the last eight weeks has paled in comparison to the first seven weeks of the season. While he is still an integral piece to the Patriots defense, he is hard to trust despite the juicy Week 17 matchup against the Dolphins.

Jamie Collins struggled to impose his will in a 34-13 win over the Bengals, tallying just two solo tackles, three assisted tackles, and one pass defended.

Collins has been frustrating especially over the last six weeks, putting fantasy owners in a bind with his week-to-week variance. His boom-or-bust nature may prove to be a league-winner for those bold enough to start him, but it's probably best to find a more consistent option when the Patriots play the Bills on Saturday.

Jamie Collins posted five solo tackles, three assisted tackles, one TFL, one QB hit, and one pass breakup, though the Pats fell to the Chiefs, 23-17.

Collins has been prone to some major fantasy fluctuation from week to week, so it was nice to see him record a stat line that wasn't on either end of the spectrum. He ranks as one of the elite IDPs this season and is a must-play next Sunday when New England faces a one-win Cincinnati team.

Collins has been fairly disappointing in the last four games, with only one good outing mixed in with the rest. In Weeks 9, 11, and 13, he's accumulated a total of seven tackles, one pass defended and nothing else. Interestingly enough, Collins' snap count has dropped from 63 in Week 11 to 31 yesterday, so proceed with caution when New England plays Kansas City next Sunday.

Deposit $10 at a DFS partner site you have NOT played at and get a FREE 6 Month HOF Subscription!
Claim Offer
Who Should I Start?
Most Accurate Experts
for Jamie Collins Sr.
Consensus Rankings
View All Rankings