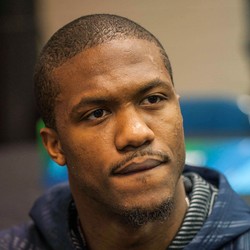 Chesson will enter minicamp as Kansas City's fifth wide receiver. Since Jeremy Maclin and Tyreek Hill are the only clear cut starters, Chesson has a great opportunity to make his way up the ranks and battle with Chris Conley for the No. 3 spot on the depth chart. However, the likeliest scenario is that Chesson beats out De'Anthony Thomas for the No. 4 spot to open the 2017 season. Still, unless he garners an expanded role in the offense, Chesson will have minimal fantasy value this season in redraft formats but is worth a flier in dynasty leagues with future considerations in mind.

Chesson will join a Chiefs offense with a chance to compete for a role. With only Jeremy Maclin and Tyreek Hill the clear cut locks for playing time, Chesson could beat out Chris Conley and Albert Wilson for snaps, especially in the slot. However, it will be a long shot to see the rookie on the field in an expanded role in 2017 barring an uber impressive camp.